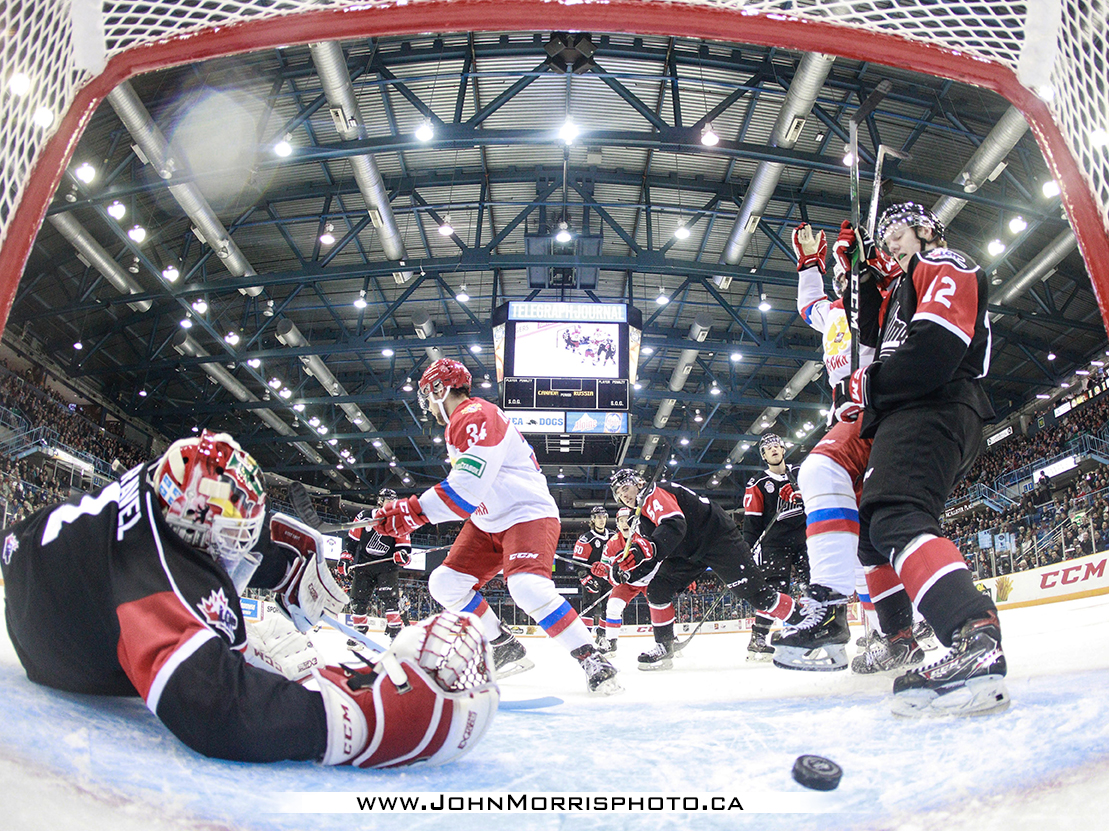 This year has certainly been an exciting year for me in terms of utilizing remote cameras. At the CHL’s Memorial Cup, I utilized 2 remote cameras that were mounted on the catwalk for each game.

In a situation like this, player safety is paramont. So they were also wired to the railing to ensure that if the Manfrotto Magic Arms fail, they would not go crashing down to the ice surface and possibly hurt someone. Both cameras were also tied down utilizing 3-4 independent aviation lines with rings that could hold 180lbs per line. Additionally, I had zip ties as an extra pad of security. Was it a lot compared to the norm? Yes but safety is the utmost importance.

Utilizing all three cameras (2 remotes + 1 handheld/1 backup) allowed for an amazing view of the action.

Now contrary to the standard Pockerwizard setup that most photographers have for utilizing remote cameras, I used a different setup for the CHL’s Memorial Cup. I used Yongnuo 603+ ii triggers for the remotes.

With Pocketwizards, you can mount them on your camera and have time your handheld camera takes a picture, the other 2 will too.

With Yongnuo at the CHL Memorial Cup, I had a trigger in my left hand that I utilized to release the shutter on the remote cameras and my right hand was dedicated for the camera I was handholding. This setup saved me a lot of unnecessary images being taken vs Pocketwizard’s. The downside was, I missed some shots with the Yongnuo triggers.

For this tournament, I only utilized 1 remote camera, it was a net-cam that sat in the net behind the goalie. The first night I utilized Yongnuo 603 ii’s and the second game I put in the standard Pocketwizard setup.

The Pocketwizard’s were much easier as I didn’t have to worry about utilizing my two hands however as previously stated, I had a tonne of photos that were garbage. However, the Yongnuo’s didn’t work as well when it came to distance within the arena.

Therefore, I was much more satisfied with the Pocketwizard’s for sports.

Although when it comes to landscape photography I find the Pocketwizard’s are too big and bulky. Plus, the Yongnuo’s have a better range in the outdoors where there is less radio interference.

So in Summary, for outdoors I will continue to use the small Yongnuo 603’s while using the Pocketwizard’s for indoor events.