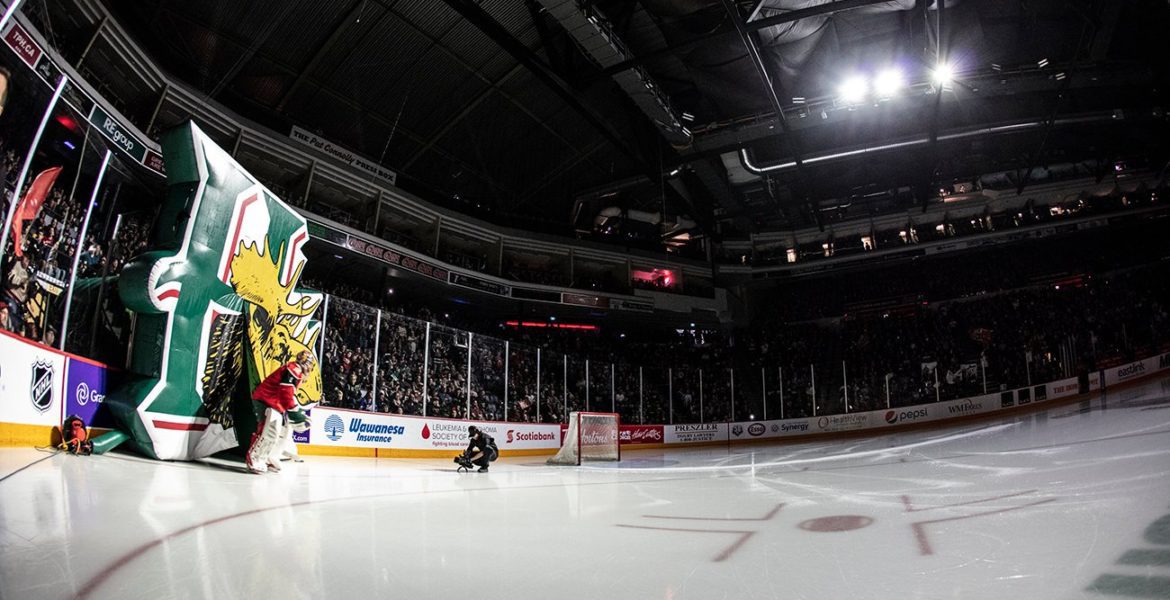 The big difference between my version and the other 2 media outlets versions is that mines comes at this from strictly a photographers standpoint and not a fan or reporter standpoint. I’ve also excluded WIFI service from this.

This strictly takes into account being a normal photographer on the sidelines. This list would like much different if I was to include mounted cameras in catwalks.

Being a Canadian photographer, capturing action inside arena’s is naturally in my blood. I have been asked countless times about my favourite rinks. What I like, what I dislike. I’ve been asked a bunch of questions on preferences by rink officials in 3 of the below rinks. So without further ado, here is a list of the QMJHL arenas and my general opinions on them.

Photographing the Memorial Cup in 2019 was certainly a highlight of me being inside Scotiabank Centre. The Halifax arena is amazing for many reasons. One of the most important being the amount of available light. The ice surface is well lit and the staff are friendly. Additionally, they have some great rafters for shots from above and the area around the ice surface is open so easy to navigate.

The only downside of the rink is, there is 1 elevator for the 6 floors which is shared amongst everyone in the building. SO being at the elevator early to get up or down is important. Of course, I usually take the stairs anyway as the elevator delay will just slow me down.

The newest on the list, it is no surprise this arena is amazing. What I really like about it? The lighting is great! I’ve only been here on a couple of assignments. The staff were simply amazing during the CHL vs Russia series.

Fans and reporters do love this arena and it is top notch, the seating for reporters is certainly plentiful. As a photographer tho, when I am taking photos, I move around the full arena at least once per period. Some of the hallways from one end of the arena to the other can be locked. The lack of openness around the ice surface makes it difficult to navigate around.

Is this a great arena? You bet and you can tell when you walk in and head up the escalators but the locked hallways from one end of the arena to the other certainly become an issue.

Bonus? The Avenir Centre is the hockey holes! Easy to pop out and snap some pics without the glass interfering. This is the only arena in the Maritimes that utilizes them (apparently Scotiabank Centre has the glass in storage but they never use that glass).

TD Center/Harbour Station in Saint John is a very nicely designed rink. I got to spend a lot of time there over the years. From the Sea Dogs QMJHL President’s Cup run to the QMJHL Draft to the CHL vs Russia series. While in the middle of the pack, this rink is top-notch. As well, this team treats their season ticket holders to an amazing buffet (least used too) on I believe Friday or Saturday nights and that food is deeeellllliiiiicccccooooousssss.

Downside? Shooting at ice level is becoming more difficult due to the cool new ice level bar they have on one side (read: awesome idea for fans). This isn’t much of a downside as there is a little pit infront of the bar area for photographers but navigating thru drunks can be tough at times.

OH AND THEY HAVE SOFT ICE CREAM!

I really enjoy taking pics at Centre 200 in Sydney, Cape Breton. The lighting is much better then I expected on my first shoot. The access and ease of getting around is also good.

Their media booth is huge and is on the same level as the catwalk. Plus they have a centre ice photo position between the two benches!

The great? Without a doubt, the staff. Everyone here is top-notch. I’ve also been shooting here the longest since I live in Charlottetown. Staff turnover seems low so everyone knows everyone. Getting around the arena is also easy.

The not so good? Media booth is 8 spaces, 3-5 of which are always used for live video/audio.

The bad? The lighting is bad. They utilize old lighting technology and not LED lighting which has been pitched to council for years. The new lights would also cut down a lot on the electric bill however with the future of this arena in doubt, they might not spend the money on er.

The KC Irving Regional Centre in Bathurst, New Brunswick rounds out this list. With low light in the arena, your ISO settings will be sky high. The arena does offer some good sight lines from above but not so nice from the ice surface.