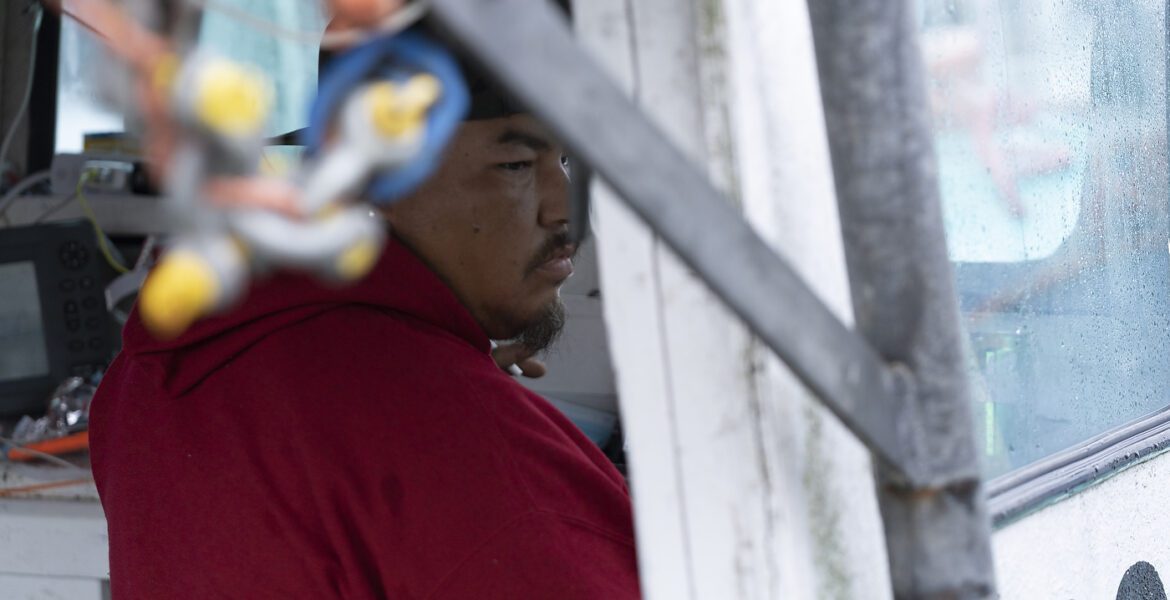 This day was to consist of me heading out onto the water with an indigenous lobster fishing boat. The day before I spoke with a couple of fishermen about the possibility of going out. I arrived at the harbor where I was invited out by a couple of people from another boat.

Having gone out on fishing boats many times before, I was a tad bit worried about seasickness. I went out with some tuna fisherman years previous and ended up passing out down below with seasickness. The upside of my bad experience tuna fishing was it was the most amazing sleep I ever had. I woke up and downed a lot of crackers which makes a huge difference.

Back on the wharf in Saulniverville, I photographed the fishermen getting ready to depart alongside another photographer. The other photographer was worried about two photographers on one boat as he felt it would be tight due to the amount of room on a fishing boat. In addition, he had spent the day prior trying to find a boat he could get on and this was it. I disagreed with the tightness having spent the previous federal election where 3 photographers were crammed into a 2-foot aisle and we made it work but didn’t want to have the same photos.

So off I went with a life jacket & mask on, onto another boat.

It was a nice eventless time on the water with no DFO or coastguard in sight.