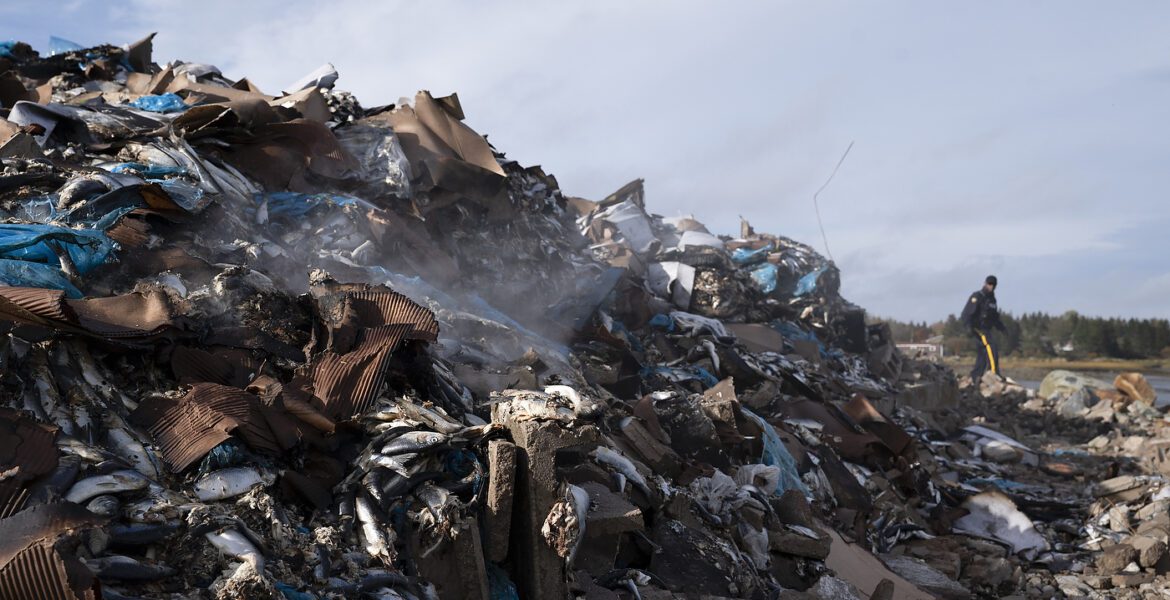 I had been watching the lobster fishing dispute for some time. There was plenty of content being shared online by Mi’kmaw people as well as some in support of the commercial fishermen. This allowed me to get a real sense of what was going on.

When I arrived in West Pubnico, I noticed a familiar face in Tim Krochak who is an amazing friendly photographer working for The Chronicle Herald. He was just wrapping up on what started off as a rainy miserable day.

Having driven this area of Nova Scotia many times. I had never been to Pubnico, at this point in my travels I usually boot’er over to Yarmouth which is clearly a mistake. Pubnico is a picturesque little town.

I ended up capturing a bunch of images with just the rubble and as I was sending them via FTP, I noticed the RCMP had showed up. I was literally chatting on my phone with the editors when the RCMP showed up. I went out and photographed it all again, with the RCMP.

Onto Day 2 and rushing to West Pubnico.