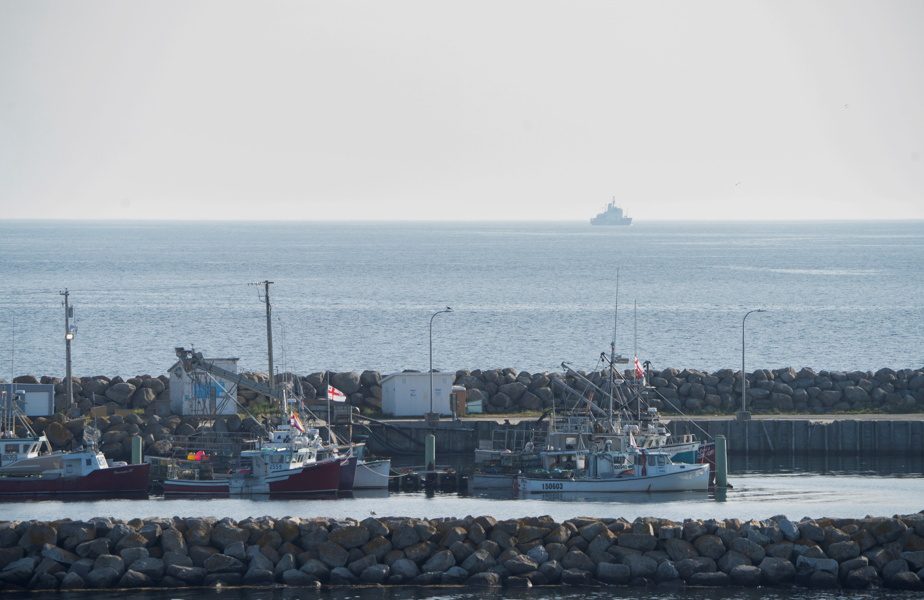 I was in Grand Falls, New Brunswick getting ready to chase a lightning storm when I had an email exchange about covering the Sipekne’katik First Nations launching their own fishery for Reuters. I had 36 hours to make it from the far Western Maritimes to one of the Southern tips of the Maritimes. A distance of 443km including ferry or 852km if I did not take the ferry. I spent a few minutes researching the ferry from Saint John, NB to Digby, NS. The cost, $45 for a 2-hour ferry ride.

A good excuse to go back down to St. Stephen (NB) for their Ribfest which was happening.

Turns out $45 was just the passenger fare, the total cost was in the region of $175 for the 2-hour ride making it the most expensive ferry in Atlantic Canada. The 6-hour ferry to Iles de la Madeleine is $150 during peak season or the Newfoundland ferry is $170, another 5-6 hour ferry ride vs Saint John/Digby ferry which is 2-3 hours. Sucking up the pricey ferry, off I went. A long lens in hand hoping to capture some whales as the ferry made it through the Bay of Fundy. In the end, I didn’t see any marine wildlife sadly.

Last year, the commercial fisherman responded with violence when the Indigenous launched their own fisheries. Will they do the same this year? Or will the fight be: Indigenous vs the Department of Fisheries and Oceans? DFO had been mobilizing their regional staff and had a lot of extra resources in the area. Time would tell.

When I arrived in Saulnierville, the first thing I noticed was the setup was slightly different this year. Last year there was a security checkpoint to get onto the Saulnierville wharf, which is where the Indigenous fisheries had their boats. In previous years, I had watched other media outlets be denied access to the public wharf while I was lucky to be able to come and go. No worries this year, no checkpoint. There were, however, Coast Guard vessels just outside the Saulnierville harbour.

This was clearly intimidating tactics and instead of the commercial fisherman doing such tactics, it was DFO. This had an impact on how I wanted to cover this event. I had wanted to be on a boat to capture any issues as they arise.

After arriving at the wharf in Meteghan, where most of the commercial fisherman and pleasure boats are for this area. I spoke with a good amount of people asking if they knew anyone who would do a chartered tour to within 300-400 meters of the Saulnierville situation so I could cover this boat as media. Everyone said no they wouldn’t. They also told me they had all been warned by DFO not to be near Saulnierville.

I came across one individual who was willing to take me out onto the water on the condition I had permission from DFO. A letter was what he was looking for.

So, I approached the individual in charge of DFO for the area, asking if they would have an issue with media being on the water. I was told, no boats are to be on the water near the conflict. I asked if 300-400 meters away would be okay? He repeated that he did not want any boats on the water near the conflict and would rather we not be out there. He continued on saying that if we were out there, we would be impacted his operations as it was someone else he had to watch out for and therefore would be charged.

I thought this was a heavy-handed approach but didn’t want to push it. Obviously, frustrations were high already so I left the wharf and put a phone call into the DFO Media Relations team. After speaking with a lovely sounding lady, she said she was not aware of any restrictions to be on the water and that media would definitely be allowed on the water to cover this. She followed up with wanting to investigate this further.

Back on the Saunierville wharf, indigenous fishers were getting prepared to go out fishing while the security or guardians were keeping track of what DFO was up too. The thing that happened next, shocked me.

A Department of Fisheries and Oceans plane (Beechcraft 200 Super King Air) flew over. It was flying incredibly low which shocked me, not much higher than the building behind us and probably twice as high as the electrical poles. It would later do a flyby for a second time.

Meanwhile, back on land, the Indigenous fishers decided to meet.

Decisions had to be made on whether or not to launch the fishery. I like to believe it was a community decision but am not sure how it works. The media weren’t close enough to hear the conversation as we were kept back. At one point, the guardians/security thought we were too close. So we were moved back further.

After the meeting a couple more people came over and said, it’s just the same old conversation as has been happening for the last 30-40 years. Decisions were made as to whether to go ahead or not.

NEXT UP: THE DECISION