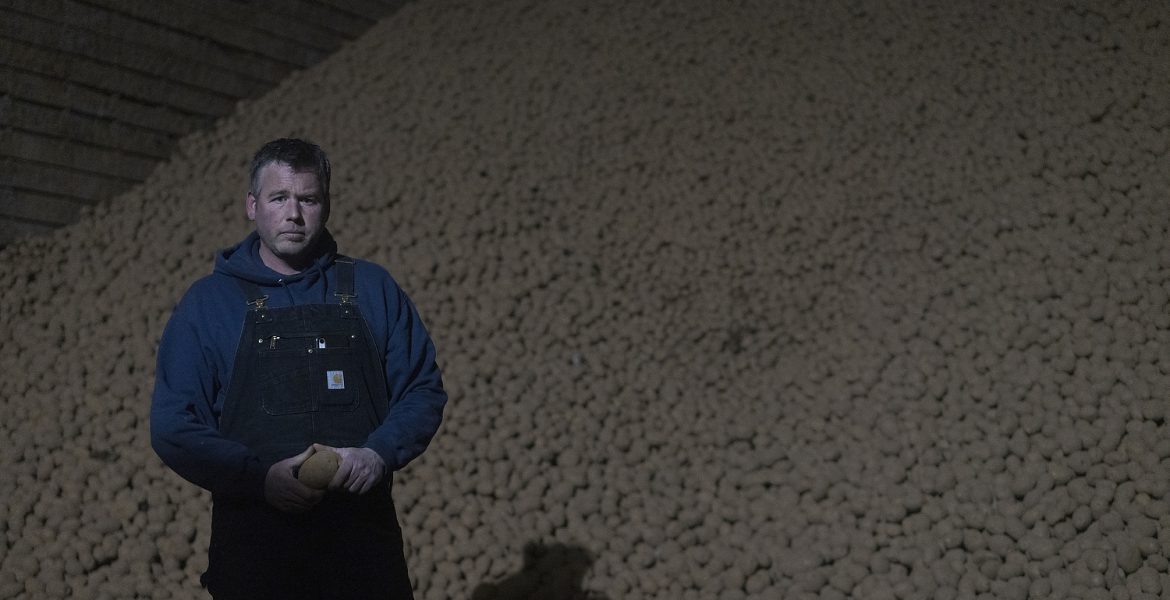 A couple of weeks ago, the Washington Post reached out asking me to create some imagery on a story they were doing on PEI potatoes being denied access to the U.S. markets. Additionally, seed potato farmers were not allowed to export their products off PEI due to a ban inplace.

This had a huge impact on our province as unsold potatoes started to pie up.

The farmer I was to create imagery of was Andrew Smith.

The potato storage area behind Andrew in the above photo should be empty by this time of the year.