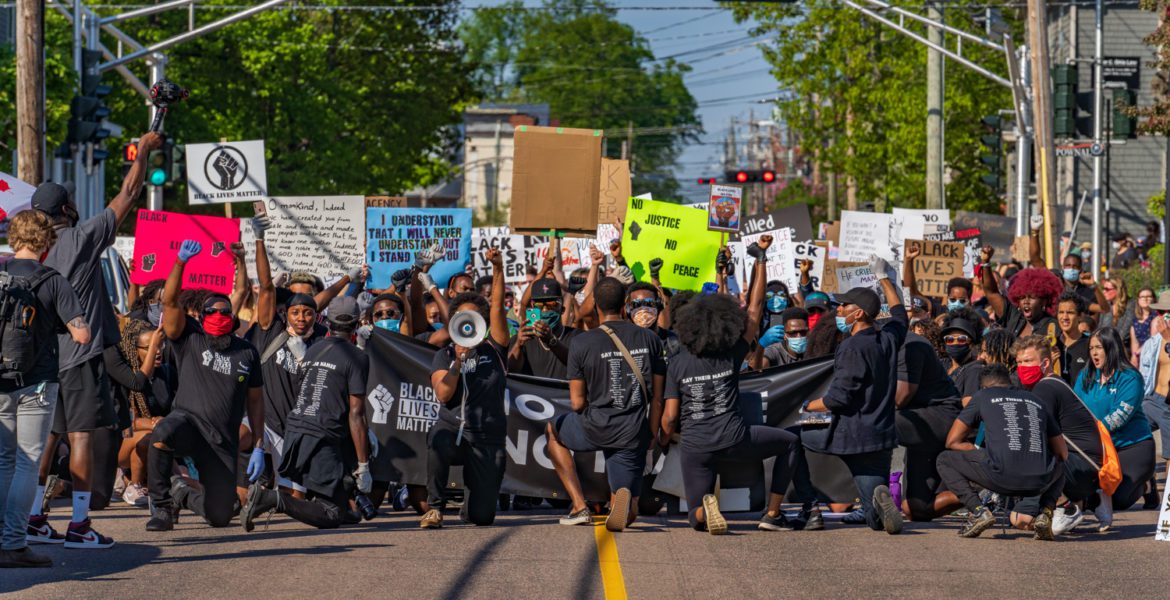 On Friday, June 5th we had a rather large protest on PEI. It was for the #BlackLivesMatter protests and the crowd that gathered was nothing short of …well, huge.

There were a ton of people out. Not hundreds, but thousands according to a police friend which was later agreed to by some others who work at The Guardian.

The protest was announced earlier in the week and with it being scheduled for Friday it gave the organizers time to plan things out.

Prior to 5pm, there had been a ton of people around the Coles building. It was going to be a large protest. I spent some time quickly snapping some pics around here. As things were expected to start at 5pm, at a few minutes past 5, I had gone up to the Holman Grand. I had put out an invite to a few other photographers to join me and I had met them there.

We had spent some time there until moving on. The location was amazing but we really needed to be in a plane to capture the magnitude of this. There were thousands of people taking over multiple city blocks.

The March Continues on Page 2.